No referral needed to schedule appointment (your insurance might require a referral for payment). 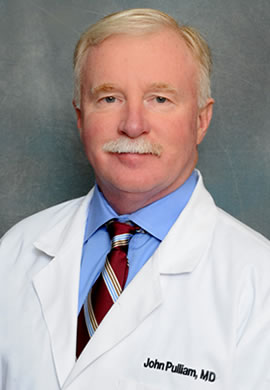 Dr. John Pulliam is in private neurosurgical practice in Sherman, Texas. He is an independent physician in solo practice, which allows for an environment completely dedicated to providing compassionate and appropriate care to patients, free from outside influence or intervention. Pulliam started his current practice, John Pulliam M.D., PLLC in 2014.

John Hughes Pulliam Jr. was born in Tahlequah, Oklahoma and raised in North Texas. He graduated from J.J. Pearce High School in Richardson, Texas in 1978. Pulliam began studies at Texas A&M University, College Station in 1978, achieving acceptance into medical school as a college junior. He graduated from Texas A&M in 1982 (after his first year of medical school) with a Bachelor of Science Degree in Zoology, which, at the time, had a program for accelerated progression to professional school. Pulliam spent four years at the University of Texas Health Science Center at San Antonio School of Medicine, graduating in 1985 and promptly framing his diploma in maroon (as every good Texas Aggie would do). 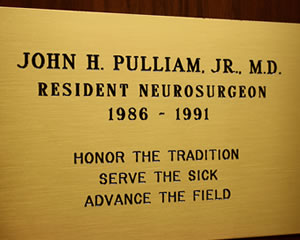 Dr. Pulliam completed a year long general surgery internship at Scott & White Memorial Hospital in Temple, Texas in May, 1986 and then returned to San Antonio for neurological surgery residency. As a resident surgeon for the University of Texas Health Science Center at San Antonio Division of Neurosurgery, Dr. Pulliam worked at multiple hospitals, including the Bexar County Hospital (now University Hospital) and Audie L. Murphy Memorial VA Hospital. He also served as chief resident for two years. Dr. Pulliam completed residency in the summer of 1991.

Immediately after completing neurosurgical training, Dr. Pulliam moved to Sherman, Texas, where he founded the North Texas Center for Neurosurgery in 1991 (which was eventually renamed Neurologic and Spine Institute of North Texas). 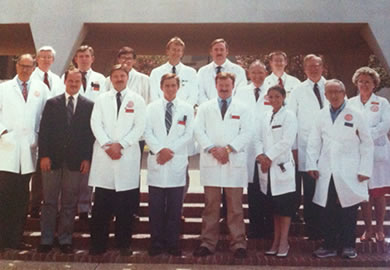 Dr. Pulliam has been involved in the local medical community for decades and has served in many leadership roles, including: The President of Medical Staff at Wilson N Jones Hospital (1998-2000), Member of the Wilson N Jones Medical Center Board of Directors (1997-2001), and, currently, a physician partner-owner of Heritage Park Surgical Hospital (Dr. Pulliam owns a minority interest of less than 1% of Heritage Park Surgical Hospital, which is now part of Baylor Scott & White Health). He previously maintained privileges at many area hospitals, including Wilson N Jones, Texas Medical Center (TMC), Community Medical Center of Sherman, and North Central Medical Center in McKinney. Dr. Pulliam spent nearly 30 years covering emergency and trauma neurosurgery call; in the early 90s, Pulliam was the only neurosurgeon providing emergency services in Grayson County. 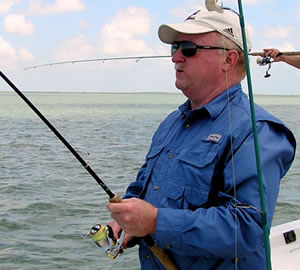 Dr. Pulliam met his wife, Mary, while he was a medical student in San Antonio, and they married in 1983. They have three children: Justin, Brent, and Caroline. Justin graduated from Texas A&M University and Brent from Texas Christian University. Caroline is currently attending Texas Christian University. Dr. Pulliam's hobbies include football (perhaps, had he not entered medicine, he would be a coach by trade), hunting, and fishing. When not at the office or hospital, Pulliam spends much of his time ranching, raising registered Black Angus bulls and cows. 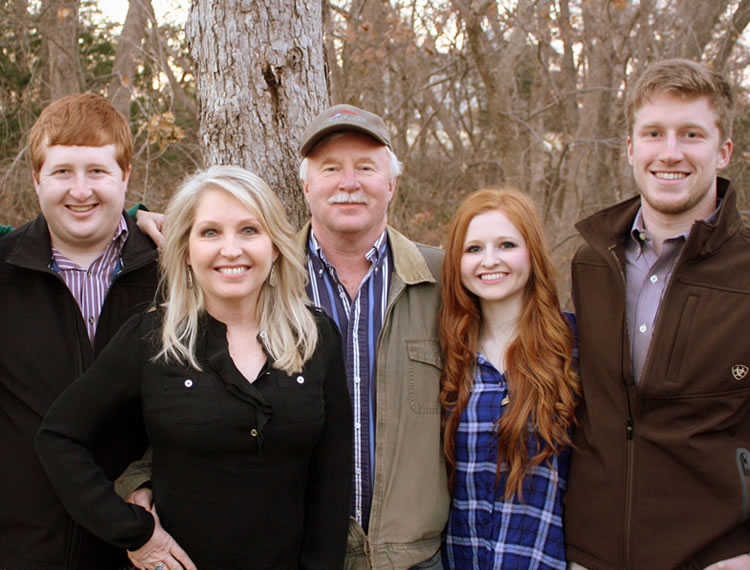 Continue To Next Section